House Democrats know that even the most damning findings from their probe into the Capitol attack may not save their majority in November. They’re still pleading with voters to pay attention.

Ahead of their prime-time hearing into the deadly Jan. 6 riot this week, Democrats have the steep challenge of convincing a disillusioned American electorate to tune into their hourslong presentation about something that happened more than 500 days ago. Most voters saw the violent siege by Donald Trump supporters play out far away from their homes, and the threat it presented to democracy seems abstract — particularly since it ultimately failed to keep Joe Biden from the White House.

All of which lends an air of fatalism to Democrats’ approach to the hearings. They readily acknowledge the election less six months away will be determined far more by voters’ economic worries than last year’s riot. Even so, the party is using the likely diminishing days of its majority for what members call a history-book moment, aiming to reshape public perception of the GOP faction that enabled Trump’s effort to subvert the democratic process as the former president appears on the verge of another run.

Members across the caucus, including dozens who were trapped in the chamber during last January’s attack, insist that the fate of democracy is at stake. Even Democrats’ most vulnerable members say the party has no choice but to make their case to the public.

But first they have to break through with voters, many of whom have been largely tuning out the sprawling investigation into the day that a mob overran the Capitol.

“These hearings are a big deal. I think the American people, if they tune in, will understand that,” said Rep. Jim McGovern (D-Mass.), who was just feet away from rioters as they nearly broke into the House floor on Jan. 6, 2021. “I think this is about saving our democracy, quite frankly.”

Democrats will attempt to pierce many voters’ malaise on the subject with a carefully choreographed narrative: never-before-seen video footage, text messages, testimony from Trump’s inner circle. Many of them see it as compelling enough to sow doubt in the future of the GOP, from Trump on down to the elected Republicans who have stood by him. House GOP leaders have decried the inquiry as a politicized sham, while some of their own members still refuse to say Biden fairly won the election.

But the effects of the Democrats’ narrative might not show right away, and they know it; many privately say they don’t see the hearings dramatically reversing the headwinds against them in November.

Showing voters how much of the Jan. 6 violence was the fault of Trump and his GOP backers, however, gives Democrats an opening to talk about the risks of reelevating the former president as he mulls a 2024 campaign.

“I think that that’s a longer road,” said Rep. Haley Stevens (D-Mich.), when asked about how the select panel’s findings could impact a future Trump’s run for the White House.

Polling shows that public belief that Trump had a clear role in the attack has been fading since January 2021, except among the Democrats’ most ardent supporters. One-third of Americans now believe Trump bears no responsibility for the attack, according to a Pew Research poll in January, up from one-quarter of people surveyed a year earlier.

With their new evidence, Democrats hope they can convince people otherwise.

“It could be a good, jarring moment for the nation,” said Rep. Chuy Garcia (D-Ill.), as he crossed his fingers. “My hope is that the hearings will reveal, in a succinct way, the danger that the country faced, and continues to face should that type of speech and action continue as we approach the next presidential election.”

Privately, many Democrats believe their presentation will be the most potent if they can prove that the threat remains ongoing — such as the groups of Republicans still actively planning to contest future elections.

The bulk of the hearings will be, of course, about the day itself.

The nine-member select panel will distill its year-long investigation — including hundreds of hours of video, testimony from dozens of witnesses, and tens of thousands of pages of documents — into made-for-TV moments.

They believe they have created a clear, compelling narrative that shows the lessons learned from both Special Counsel Robert Mueller’s Russia election interference probe and Trump’s Ukraine-focused impeachment trial: In both previous instances, many Democrats felt their party fell flat as they sought to make a public case against the president.

This time, though, there will be fewer lawyers with complex timelines and a thicket of classified documents. Plus, the committee itself will have no partisan sniping. One of the Republicans on the panel, Rep. Liz Cheney (R-Wyo.), is a dedicated Trump critic and a major asset to Democrats.

“They don’t have a prosecutorial function,” said Rep. David Cicilline (D-R.I.), summing up the panel’s role. “I don’t think their objective is to persuade anybody. We’ve gotten to the point where we think we can argue facts. This is about revealing and sharing with the American people what they have collected.” 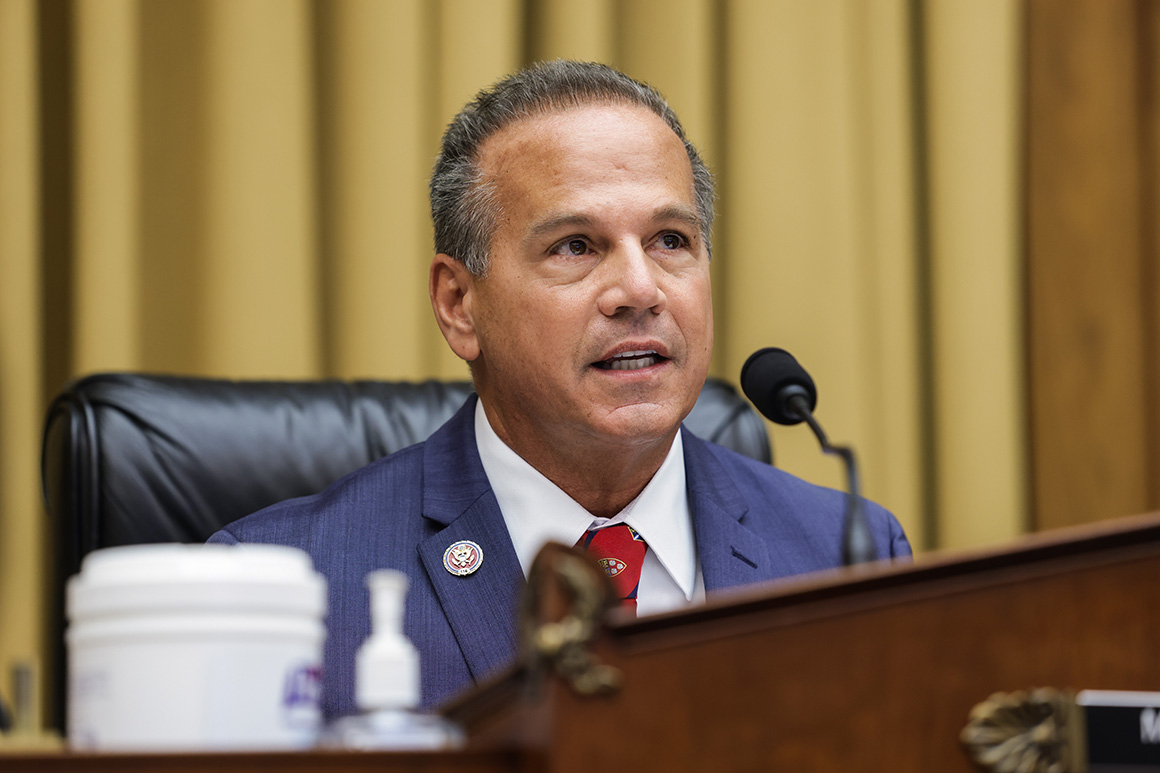 One select committee aide, speaking on the condition of anonymity to discuss internal plans, said that Thursday’s first hearing would focus on “connecting the dots.”

“A lot of this has been reported and bits and pieces have been shared, but our aim is to sort of tie all that together in a comprehensive narrative, and to show how it’s a pattern that started before the election and went all the way through Jan. 6,” the aide added.

That could help Democrats reinforce contrasts as they brace for a potential walloping this November, reminding voters what’s at stake if they lose control of Congress, let alone the White House in two years.

While the insurrection may not be at the top of voters’ minds now or even this November, Democrats say reminding people about it — and presenting the full story for the first time — will stoke anger that could leave a lasting impression.

House Majority Leader Steny Hoyer said he sees the hearings as both an exercise in persuasion as well as a reminder of why the threat isn’t over: “It’s a warning … I think the American public is going to see, there was in fact a conspiracy.”

That is, of course, if they decide to watch.

Rep. Matt Cartwright (D-Pa.), whose district backed Trump in both 2016 and 2020, said the interest in his own district is mixed.

“People who read POLITICO in my district will be watching. Most people, though, are just concerned on keeping shelter over their heads and doing the best for their families,” Cartwright said.

“I’m all in favor of knowledge, learning and awareness,” he added. “I don’t think I’ll be spending much of my time persuading people to watch these hearings. Either they will or they won’t.”