The House on Tuesday evening once again overwhelmingly passed a bill that would remove the bust of former Chief Justice Roger Taney from the Capitol, as well as other figures with Confederate ties.

House Majority Leader Steny Hoyer’s bill — a yearslong endeavor from House Democrats to rid the U.S. Capitol of racist symbols — passed in a 285-120 vote, with 67 Republicans crossing the aisle in support of the legislation.

H.R. 3005, introduced alongside Rep. Barbara Lee (D-Calif), Majority Whip Jim Clyburn (D-S.C.) and others, would replace the Taney bust with one of Thurgood Marshall, the first African American Supreme Court Justice. Taney wrote the majority opinion in the 1857 Dred Scott v. Sandford case, in which the chief justice declared that Black Americans could not be U.S. citizens and did not deserve constitutional rights or freedoms. The decision was later widely panned.

In a speech on the House floor earlier Tuesday, Hoyer invoked the Jan. 6 insurrection as a “watershed moment — seeing such evils pervade the halls of the American Capitol.” But Hoyer said African Americans who have worked in the Capitol for decades were all too familiar with the “sense of defilement of this sacred space.”

“When they enter the solemn old Supreme Court chamber and stare into the cold, marbleized Roger Brooke Taney, they are reminded that at one time, the highest court in our land … declared that Black lives did not matter,” Hoyer said.

The legislation would also remove any other statues or busts of people who voluntarily served in the Confederacy from public display in the U.S. Capitol. It would remove former Vice President John C. Calhoun, North Carolina Gov. Charles B. Aycock and Arkansas Sen. John P. Clarke, all of whom promoted slavery and white supremacy. There are 12 Confederate statues in the Capitol collection.

House Minority Leader Kevin McCarthy announced his decision to vote for the bill earlier Tuesday, while emphasizing that “all the statues being removed by this bill are statues of Democrats.” This led Rep. Karen Bass (D-Calif.) to ask whether her Republican colleagues were aware of the “whole history of the civil rights movement” and the transformation of the two political parties. 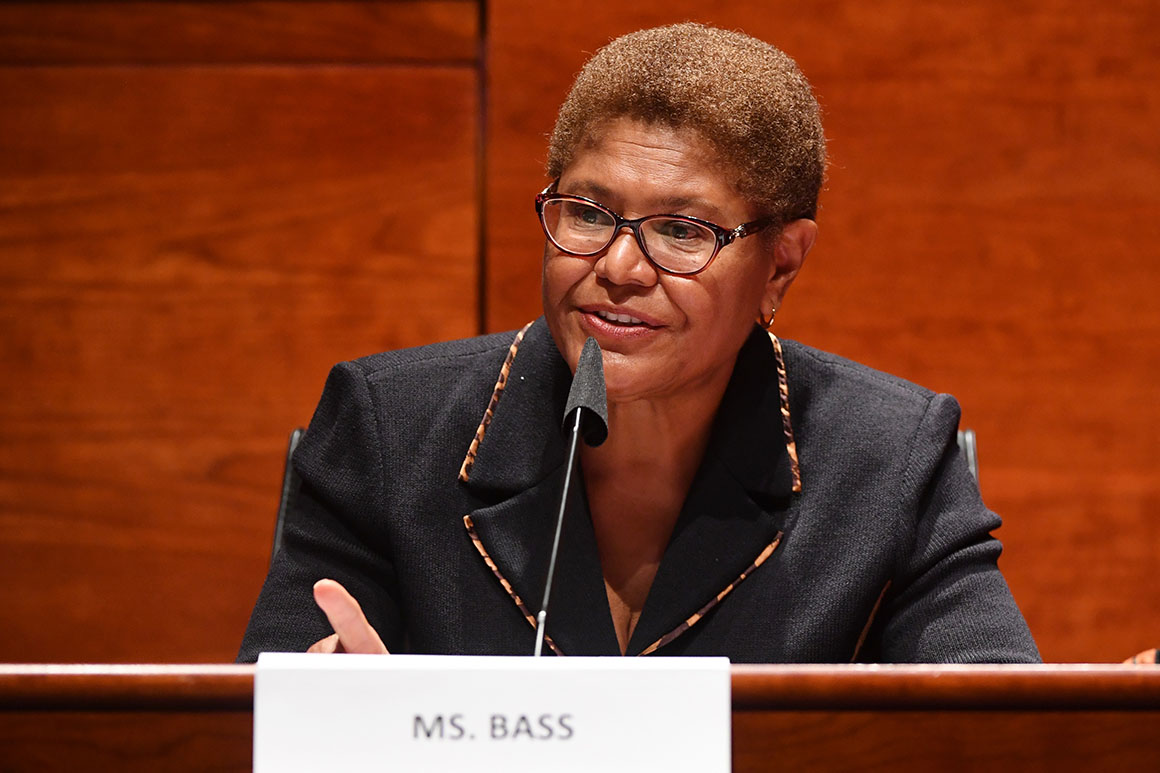 The vote comes as the House grapples with extremism within its own ranks. This week, McCarthy is dealing with a far-right Republican with reported ties to white nationalists. Rep. Paul Gosar (R-Ariz.) will reportedly attend a fundraiser with Nick Fuentes, a white nationalist and the organizer of the America First Political Action Conference. Gosar has denied the reports.

Similar legislation from Hoyer passed the House last summer, with more than 300 votes — 72 from Republicans. The Republican-controlled Senate did not take up the legislation.

Hoyer reintroduced the legislation in May and said “it’s never too late to do the right thing.” While it has a greater chance of passing in the upper chamber this time around, it will likely face a similar fate with the Democrats’ slim majority in the Senate.

Lawmakers again cheered the passage on Tuesday, an effort reignited last summer as protesters demanded justice and action over the police killing of George Floyd — further fueling discussions about the role of Confederate symbols in public spaces.

“I was proud to join my colleagues in voting to #RemoveHate from the Capitol today,” Hoyer tweeted after the vote. “Today’s vote was a vote to uphold the principles of equality and justice that our nation was founded on. Hate, racism, & bigotry have no place here.”

The placement of Confederate statues in the Capitol has been a tricky problem for Democratic lawmakers to navigate. In 1864, Congress invited states to send two statues to be featured in the National Statuary Hall collection, and the legislative body does not have the power to replace them.

Many states have voluntarily replaced statues under question, like Virginia’s move to recall a statue of Robert E. Lee and replace it with civil rights leader Barbara Johns. North Carolina has also announced plans to replace the statue of Aycock, a prominent White supremacist leader in the state, with that of the Rev. Billy Graham. If Hoyer’s bill passes the Senate, the architect of the Capitol would have the authority to remove the statues from public view.

In a speech before the House on Tuesday, Speaker Nancy Pelosi referenced another piece of legislation — the George Floyd Justice in Policing Act — that is hung up in the Senate. She asked members how they could “end the scourge of racism” — noting that police-reform legislation is one way forward — “when we allow the worst perpetrators of that racism to be lauded in the halls of Congress.”

Sarah Ferris and Nicholas Wu contributed to this report.