When a catastrophic tech failure delayed the start of a hearing Thursday on the House’s ability to punish its own members for misconduct, it wasn’t immediately clear that it would be the high point of the afternoon session.

The two-hour meeting of the Judiciary Subcommittee on the Constitution, Civil Rights and Civil Liberties — billed as an academic review of lawmakers’ ability to punish or expel one another under House rules — quickly devolved into a tidal wave of outrage, a snapshot of the increasingly toxic environment that has enveloped Capitol Hill since a mob of pro-Donald Trump supporters stormed the Capitol and sent them fleeing for their lives.

Democrats continue to seethe over their GOP colleagues who countenanced Trump’s efforts to discredit the election, and blame them for contributing to the atmosphere that inspired the mob. Republicans have largely sidestepped that debate, but as Democrats have begun ramping up tactics to marginalize the 138 House Republicans who voted to reject some of the 2020 results, some are beginning to bristle more vocally. And at Thursday’s hearing, the dam broke.

Rep. Mike Johnson (R-La.) accused Democrats of an “outrageous abuse of power,” of “sparking a political war” and attempting to “criminalize” GOP dissent. He compared relationships between the parties in the House to a “Cold War” that would lead to “mutually assured destruction.”

When it was his turn, Rep. Jamie Raskin (D-Md.) scoffed at the “waterfall of counterfeit outrage and indignation,” underscoring that no lawmakers had actually been punished for their words or their votes, but that surely inciting a violent insurrection was different than making objectionable comments.

Raskin went on to characterize the modern Republican Party as a “religious cult” warped in service of Trump, whom he called a “snowflake” for trying to “cancel” the 2020 election, all while his GOP allies screamed about “cancel culture.”

Johnson responded by asking for Raskin to withdraw his attacks on Trump, particularly the snowflake jibe.

“The name-calling of the former president … obviously violates the rules,” Johnson said.

The exchanges were emblematic of the whole hearing, where the testimony of four witnesses was largely an afterthought. The witnesses largely agreed that the House has the power to punish and even expel its own members under the Constitution, but that the process should be deployed only in exceedingly rare and clear-cut cases when a supermajority — and not just one political faction — deems it necessary.

Republicans, though, viewed the hearing itself as part of an increasingly clear effort by Democrats to begin seeking ways to punish those they view as responsible for the Jan. 6 insurrection. That effort, they said, began just days ago when Rep. Zoe Lofgren (D-Calif.) posted a 2,000-page dossier of tweets by GOP lawmakers that called into question the integrity of the 2020 election. Johnson accused Lofgren, who sits on the Judiciary Committee but not the subcommittee that met on Thursday, of “outrageous abuse of power” and said it might have violated House rules since she tasked her personal office staff with the effort.

“This is a Rubicon that’s being crossed here,” he said. 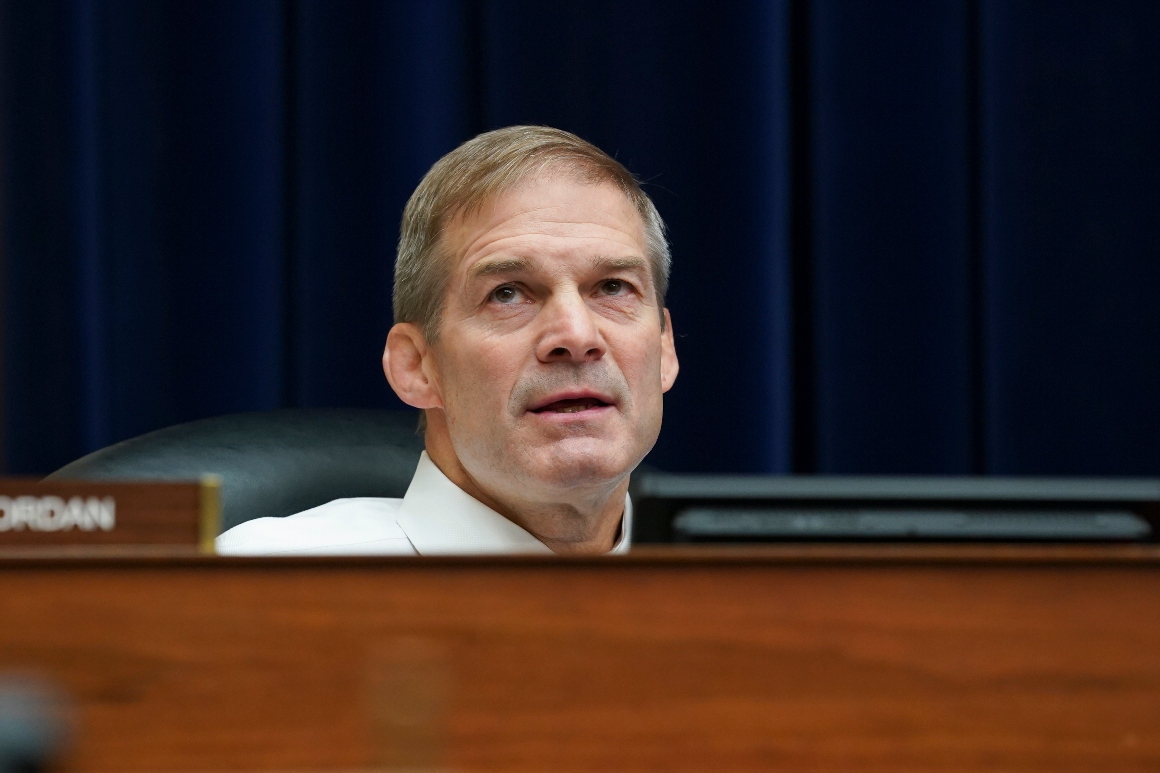 He and other Republicans on the panel also argued that Democrats seemed intent on punishing Republicans who voted to challenge the results in certain states even though many of them, including Raskin, had done the same in 2017.

Hank Johnson then read a definition of “seditious conspiracy,” a federal criminal offense, and asked whether a member of Congress found to have committed the offense should be expelled from the House.

One of the most tense exchanges occurred when Rep. Jim Jordan (R-Ohio) slammed the panel’s chairman, Rep. Steve Cohen (D-Tenn.), for accusing Rep. Lauren Boebert (R-Colo.) during a CNN interview of being in league with the Capitol rioters and potentially helping some of them scout out the tunnels. Cohen interjected to say he never said he was certain that he saw Boebert with some of the would-be insurrectionists, but had seen her in a tunnel with a group of people in the days leading up to Jan. 6. Boebert has fiercely denied leading any potential rioters through the Capitol complex.

“You know what you did, Mr. Chairman,” he said. 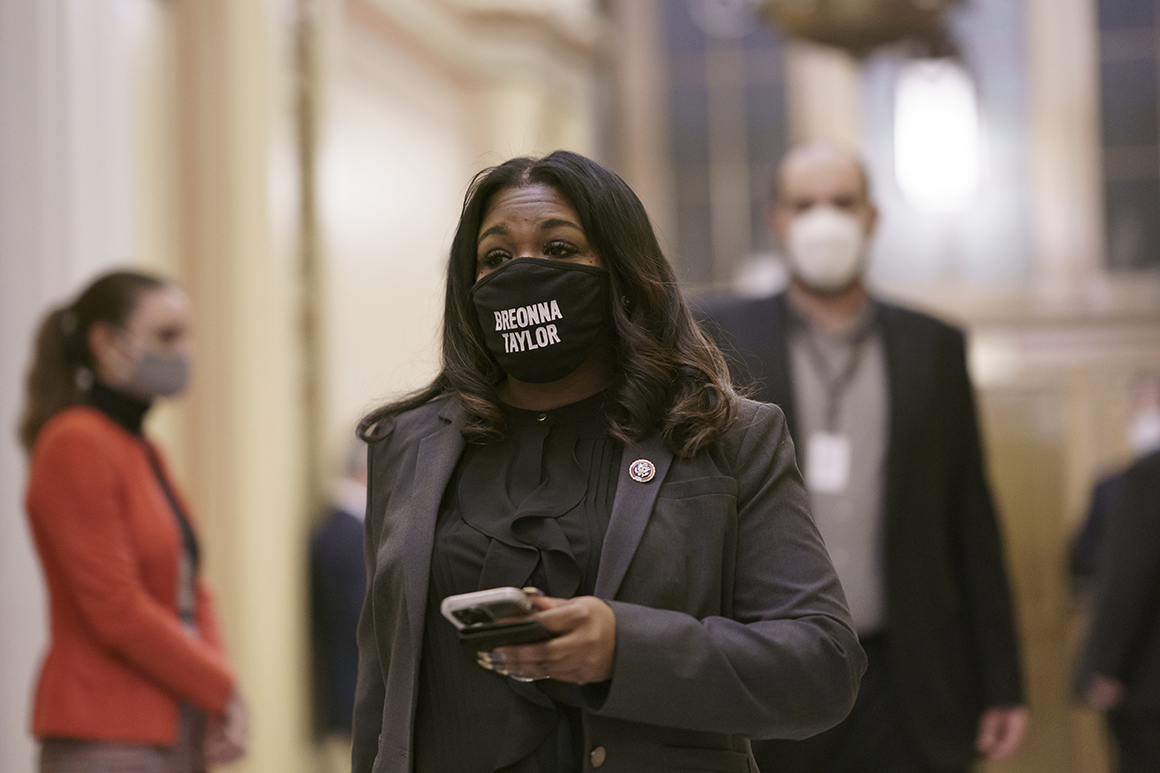 Rep. Cori Bush (D-Mo.), a progressive freshman lawmaker who has drawn some of the sharpest attacks from Republicans, accused some of her colleagues of fomenting death threats against her.

“It dawned on me very early on that not all members are united in doing the people’s work within the people’s house,” she said. “Many are here to distract, detract and disrupt.”

As the hearing neared its end, Cohen returned to Mike Johnson’s complaint that Raskin had violated the rules by attacking Trump. He noted that while Trump was president, that rule might have applied.

“When you’re a Jet, you’re a Jet all the way,” he said, citing the “West Side Story” parlance. But now that he’s left office, Cohen added, Trump is fair game for Raskin’s harshest commentary.

That theatrical aside, ironically, drew one of the hearing’s only glimmers of cross-party good humor.

“I don’t want to mess up the hearing,” said Rep. Michelle Fischbach, a freshman Republican from Minnesota, “but I just want to say how much I appreciated your ‘West Side Story’ reference.”

The comment drew a hearty laugh from Cohen, who then ended the hearing using a mini Louisville Slugger baseball bat as a gavel.