Lawmakers on the Jan. 6 select committee describe their probe’s reach as still undefined, saying in interviews that they have yet to formalize the confines of an already closely watched and fast-moving investigation. Minutes before the panel’s first hearing on Tuesday, however, its members scored a key win thanks to a legal opinion from President Joe Biden’s Justice Department that allowed them to freely seek witness statements from former Trump administration officials.

“That means the likelihood of any resistance from the committee’s work from former [Trump] employees or current employees is not an impediment,” Rep. Bennie Thompson (D-Miss.), who chairs the Jan. 6 probe, said in an interview. The Biden DOJ’s decision “expedites” the panel’s work digging into the insurrection, he added.

But investigators are still in the earliest stages of crafting their road map, with a clash building outside their hearing room as House Republicans push back on the exclusion of two of their picks for the committee. The panel only recently hired its senior staff and launched its website — and it has more work to do before it can seek out potential Trump-adjacent witnesses such as Minority Leader Kevin McCarthy (R-Calif.) or Gen. Mark Milley, the chair of the Joint Chiefs of Staff.

“I think the true scope of the investigation is still under development,” Rep. Elaine Luria (D-Va.), a member of the select panel, said in a brief interview. “I know that we will build on work that’s already been done by other committees.”

Part of the balancing act for the select committee is taking into account the myriad Jan. 6 investigations both on and off Capitol Hill that have already been completed or are still underway. That includes a bipartisan Senate investigation that examined the security breakdowns at the Capitol complex leading up to and during the insurrection, as well as DOJ’s prosecutions of the rioters.

Nonetheless, House Democrats are making clear that the select panel’s work won’t simply retrace the steps of others.

“That’s the Senate’s work. We’ll do ours,” Thompson said when asked how the upper chamber’s bipartisan probe might factor into the House’s effort. “And accordingly, we’ll use that work product and incorporate it into ours.”

Rep. Jamie Raskin (D-Md.), another select committee member, echoed Luria and Thompson about the still-undefined scope of the investigation. But he said it was critical that the panel examine coordination efforts by the extremist groups that marched on the Capitol that day — a process that includes studying the hundreds of criminal prosecutions helmed by the Justice Department.

“[We] want to know who was the ultimate organizer and who paid for all of this action and how did it come about and are they still out there,” Raskin said.

Indeed, committee members are coalescing around a focus on “what happened here at the Capitol that day, what happened in the days leading up to it, the planning and finance,” said Wyoming Rep. Liz Cheney, one of two Republicans appointed to the panel by Speaker Nancy Pelosi.

Rep. Stephanie Murphy (D-Fla.), a panel member, told POLITICO in a brief interview she wanted to hear from witnesses who could shed light on the “local, state and federal interaction in the run up to and on the day of Jan. 6” as well as those who could speak to the “influence of political people with political objectives” at the Pentagon or intelligence agencies.

Pelosi — who, in addition to picking the committee members, has hosted the group in her office for meetings — said her approach to the panel has been hands-off.

The committee is still mulling whether the Republicans on the committee will be able to hire their own staff. Thompson said that topic was “still a work in progress,” and Cheney expressed hope that people such as former Rep. Denver Riggleman (R-Va.), would be “serving in some capacity.” House Republicans’ shunning of the panel means that Cheney and Illinois Rep. Adam Kinzinger, Pelosi’s other GOP appointee, will likely get the committee’s allotment of staff normally reserved for a full complement of Republicans.

The select committee is likely to pursue former White House officials such as then-chief of staff Mark Meadows and other close aides who were with Trump while the Capitol was being attacked on Jan. 6. It’s unclear if the Justice Department’s new guidance would apply to them, and those individuals could still challenge a subpoena in court, especially if Trump claims executive privilege in an effort to bar them from detailing their conversations with him.

Such a protracted legal fight with those Trump-era officials could delay hearings and transcribed interviews. A mid-May House Oversight Committee hearing on the insurrection that included Rosen and former Acting Defense Secretary Christopher Miller turned combative at times and yielded little new information, underscoring how fraught the select panel’s path is to lining up high-profile witnesses.

The select committee could also have trouble maintaining momentum when the House leaves for its August recess after this week. Thompson told reporters Tuesday that they could “conceivably” return in mid-August to hold another hearing. 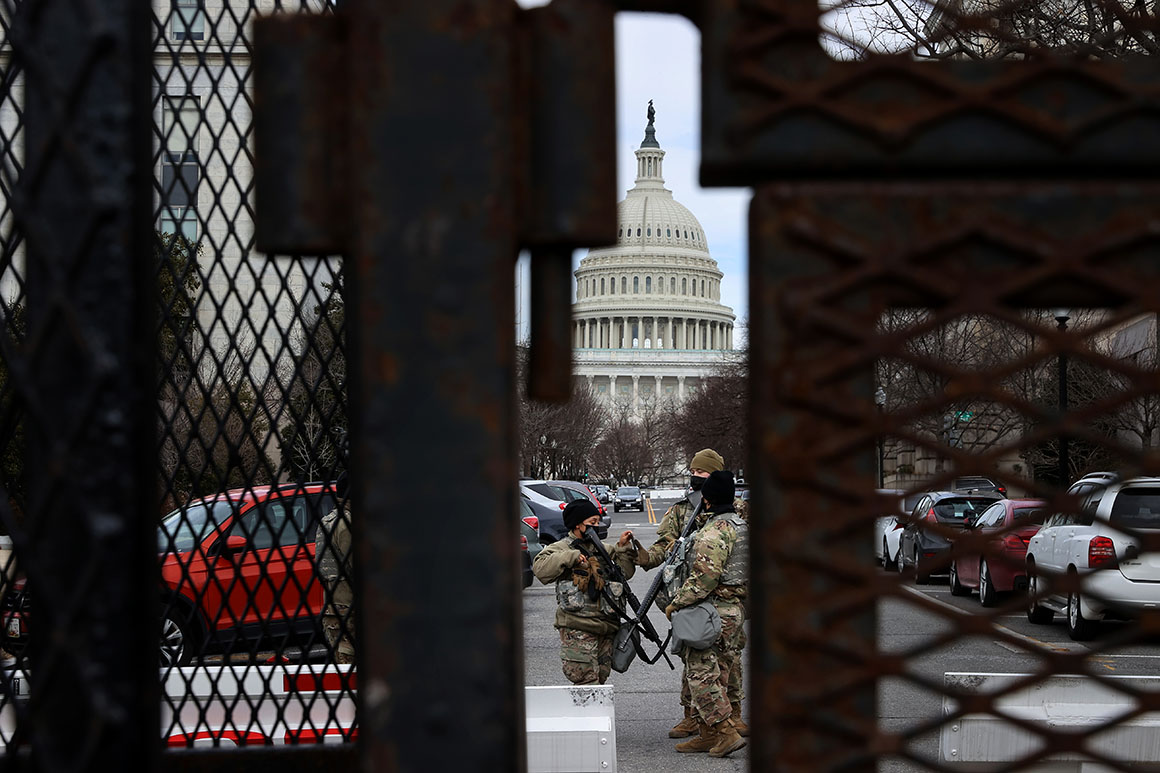 The congressional committees investigating aspects of the Jan. 6 insurrection, which include the House Oversight and Reform Committee and the Senate Judiciary Committee, won a significant victory when the Justice Department said it would not move to block certain witnesses from appearing before the panels. It was a stark departure from the Trump-era DOJ, which routinely asserted blanket claims of executive privilege to prevent potential witnesses from detailing their interactions with the former president.

The Oversight Committee, for example, is looking into Trump’s efforts to pressure the Justice Department to investigate disputed claims of voter fraud and potentially overturn the 2020 election results.

On Tuesday, Rep. Carolyn Maloney (D-N.Y.), who chairs the panel, released the department’s letters to its former top attorneys, including ex-Acting Attorney General Jeffrey Rosen, which detail DOJ’s view that “the congressional need for information outweighs the Executive Branch’s interest in maintaining confidentiality.”

Maloney indicated that she was ready to take advantage of the Biden DOJ’s position on the matter, saying she expects “prompt cooperation” from Rosen and the other former Justice Department officials.

The officials she likely wants to hear from include two former U.S. attorneys based in Atlanta, a nod to Trump’s extraordinary January phone call with Georgia’s secretary of state in which he urged the state’s top elections official to “find” enough votes to overturn Biden’s victory there.

Heather Caygle contributed to this report.