Republicans finally found a commission they can get behind.

Feeling vindicated after Democrats, scientists and the media gave new oxygen to the theory that the coronavirus was borne out of a laboratory accident in China, Republicans are now ramping up efforts to prod President Joe Biden’s party into opening a thorough investigation into the origins of the virus — through an independent commission or at the congressional level.

But despite a growing chorus of bipartisan calls for such a probe, it’s unclear whether Democrats are actually willing to launch a wide-ranging review. The House’s select panel on Covid-19 has not committed to exploring how the deadly outbreak started, with its chair, Majority Whip Jim Clyburn (D-S.C.), recently suggesting he’d rather look forward than backward.

That leaves Republicans with few options for uncovering the information they’re seeking from Beijing — but plenty of incentives to use the pandemic’s murky genesis as a political cudgel against their opponents.

“Everyone knows Biden and the Democrats will never stand up to China because they have too much invested there. That’s why we have little faith they’ll get to the bottom of this,” said Rep. Jim Banks (R-Ind.), chair of the conservative Republican Study Committee. “If anything deserves a 9/11-style commission, it’s the pandemic that’s left half a million Americans dead.”

“When Republicans win back the House in 2022, we will form that commission, hold China accountable and make them pay for their role in the pandemic by decoupling our economy from theirs,” Banks added.

Republicans have released their own reports, launched a number of inquiries and pumped out letter after letter requesting testimony and information, but their efforts lack teeth without backing from the majority party. Ultimately, the GOP — whose senators recently blocked the formation of an independent panel to investigate the Jan. 6 Capitol attack — needs subpoena power to get their hands on key documents or haul in witnesses.

Even then, Congress’ tools are limited. Lawmakers can’t independently gather intelligence or other evidence from China, for example. Despite those constraints, Republicans have momentum on their side, especially in light of recent reports that reinvigorated debate over the idea that the virus leaked out of the Wuhan Institute of Virology. They’re urging Biden to exert diplomatic pressure on international bodies like the World Health Organization, which tried but failed to undertake a comprehensive probe.

“We have no jurisdiction over other countries, but I do think we can be a loud voice on this and get our allies involved,” said Texas Rep. Michael McCaul, the top Republican on the House Foreign Affairs Committee. “Congress as a whole has momentum now … which is good. Because we have to get to the bottom of this. We don’t want this to happen again.”

The tide began to turn on Capitol Hill when the Wall Street Journal reported last month that three scientists at the Wuhan Institute of Virology developed symptoms consistent with Covid and other respiratory illnesses, like the flu, in November 2019 and were eventually hospitalized. The virus began to spread across China less than a month later.

Suddenly, it wasn’t just Republicans giving credence to the lab-leak theory; Democrats, too, called on the Biden administration to give the issue renewed consideration. Some even endorsed GOP calls for a congressional probe of the pandemic’s origins, especially given China’s stonewalling of the WHO efforts.

“It’s good in my mind that the dam seems to be breaking,” said Rep. Mike Gallagher (R-Wis.), a vocal China hawk who also supports the idea of an independent coronavirus commission. “Because we’ve got to get to the bottom of it. It’s not about settling scores.”

Added Rep. Kelly Armstrong (R-N.D.): “I don’t want to turn it into who was right or who was wrong, I just want the best, legitimate way to get information. And if that’s an independent commission, I’m all in.”

But Republicans aren’t in total lockstep over how best to achieve that mission. Some want to put maximum pressure on Biden and Democratic congressional leaders, perhaps even scoring some political points. Others think they need to tread more carefully and avoid alienating Democrats who are finally starting to come around.

Those diverging approaches — and possible turf wars — were on full display last week, when House Minority Whip Steve Scalise, the top Republican on the coronavirus select committee, released a letter demanding Speaker Nancy Pelosi open an investigation into the genesis of the pandemic. Notably, four House Republicans didn’t sign their name to the effort, including Rep. Cathy McMorris Rodgers of Washington, the GOP leader of the House Energy and Commerce Committee. 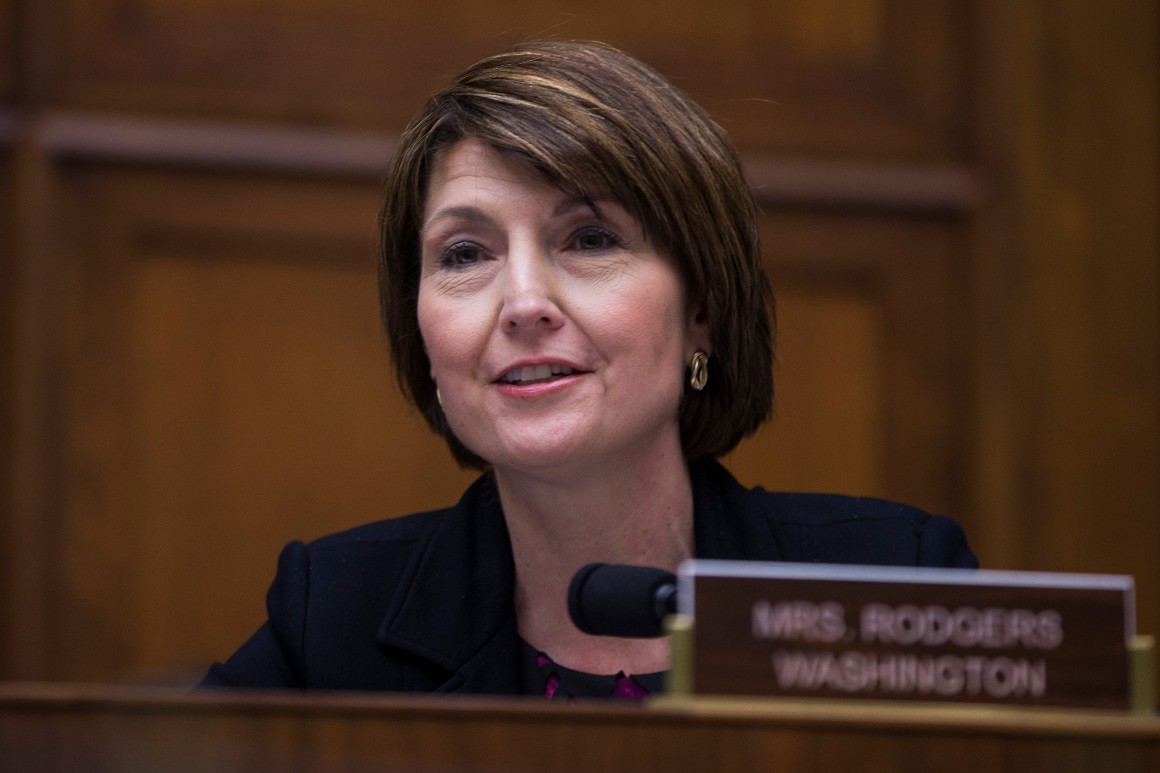 Some Republicans say Rodgers, who opened her own Covid origins probe in March alongside Reps. Brett Guthrie (R-Ky.) and Morgan Griffith (R-Va.), is wary of politicizing the issue and thwarting bipartisan progress. And there are signs that her more friendly approach is working: Rep. Diana DeGette (D-Colo.), chair of the committee’s oversight subpanel, recently said she’d like to have a hearing on the pandemic’s origins.

“I felt like it was undermining our efforts in the subcommittee, and in the committee, to get the Democrats to work with us. We don’t want it to be partisan,” said Griffith, who also didn’t sign the letter after hearing DeGette get behind a future hearing.

“If I’m making a deal with you, I shouldn’t be writing a nasty letter to your leadership — even if that leadership’s a little recalcitrant,” he added.

There’s also some apprehension in the GOP over how hard to go after administration officials. Republicans have seized on newly published emails from Dr. Anthony Fauci, a chief Biden medical adviser, in order to push for the infectious disease expert to come testify about his knowledge of where the coronavirus came from. But those emails have also sparked renewed calls in the GOP to “fire Fauci,” which some Republicans privately worry could scare off Democrats.

“You want to be careful about vilifying those who were kind of just doing their best in the pandemic,” said one GOP lawmaker.

Rep. Jim Jordan of Ohio, the top Republican on the House Judiciary Committee, pushed back on that notion: “I don’t want to get anybody,” he said. “I just want to get the truth.” 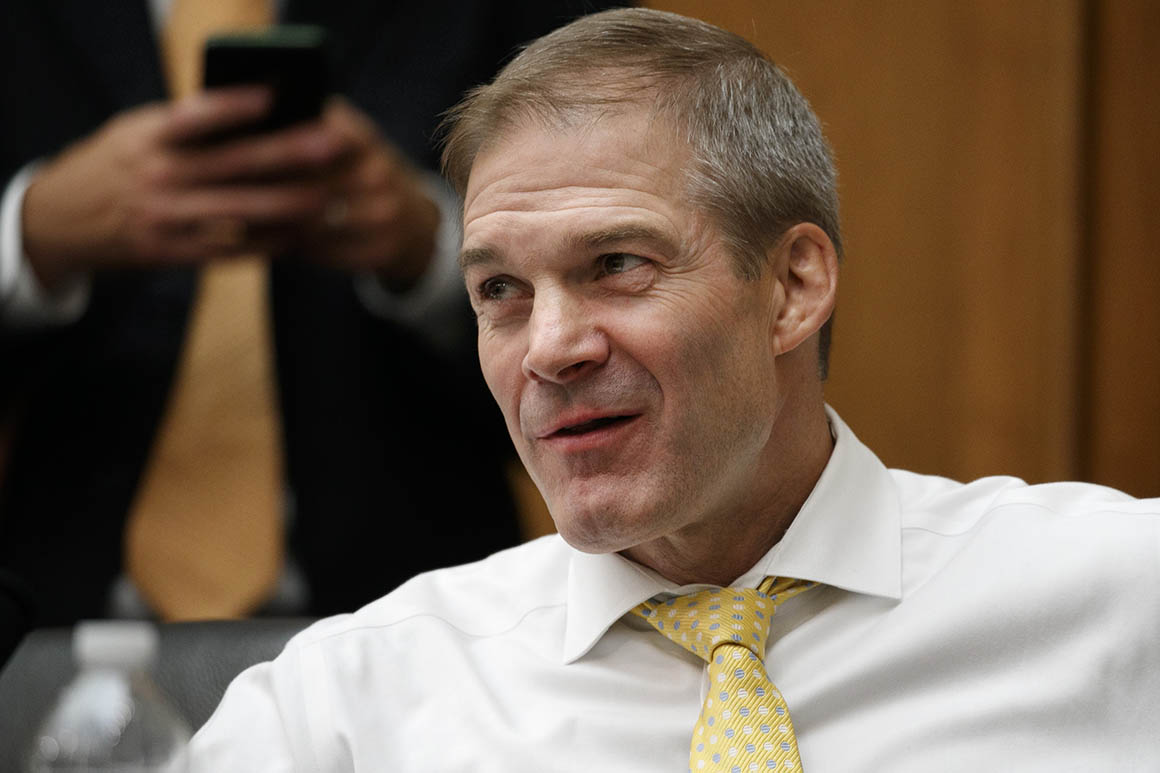 Republicans plan to keep the heat on Democrats in the coming months, and they see an opportunity in the upcoming appropriations season. Specifically, they want to scrutinize the National Institute of Health budget and any grant money that indirectly went to the Wuhan lab for bat research.

On the other side of the Capitol, senators have already begun discussing the origins question as part of a broader inquiry into the U.S. response, according to aides familiar with the talks, which currently center on the Intelligence Committee and the chamber’s principal health committee.

Biden has already made clear, though, that the intelligence community will be taking the lead. Amid the bipartisan pressure last week, the president announced he was asking intel agencies to “redouble their efforts to collect and analyze information that could bring us closer to a definitive conclusion” on the matter.

A 90-day review the president ordered last week could shine additional light on the origins of the deadly virus, but Beijing’s stonewalling has forced the U.S. intelligence community to use clandestine operations like signals intelligence, which have not been definitive, according to officials. The House and Senate intelligence panels have been receiving information on the subject from the intelligence community over the past year as part of their routine oversight role.

In ordering the new review, Biden reiterated that the intelligence community has “coalesced around two likely scenarios”: the lab-leak theory and the possibility that the virus transferred from animals to humans in Wuhan. He also underscored that there was no clear evidence affirming either scenario.

The president also seemed to try to head off a potential congressional probe, noting that he asked the intelligence community to “keep Congress fully apprised of its work.”

That promise wasn’t enough for some lawmakers. The Senate unanimously adopted measures from Sens. Roger Marshall (R-Kan.) and Kirsten Gillibrand (D-N.Y.) calling on the Biden administration to pursue a comprehensive international investigation at the WHO’s governing body and, if China continues to block those efforts, launch a formal probe within the U.S. government. 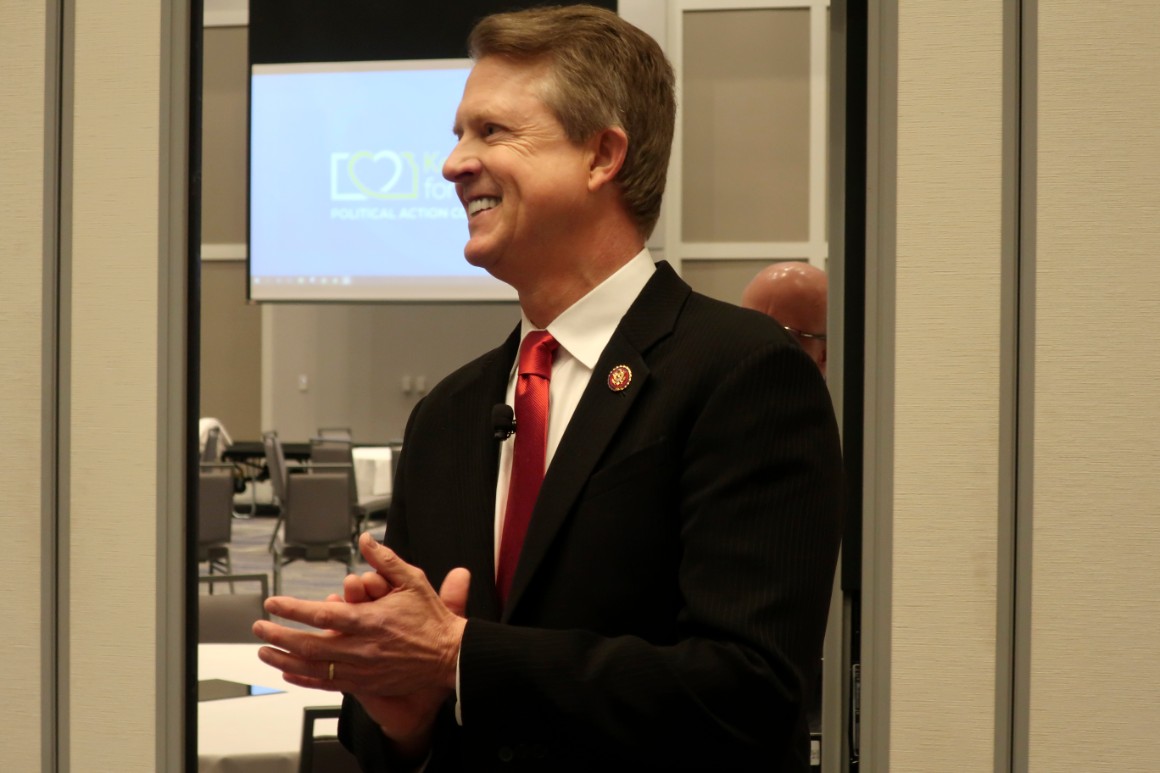 “We need a full-throated, complete investigation of the origin that hasn’t ruled out any hypothesis before they start,” said Marshall, a medical doctor.

On top of that, the Senate unanimously passed a GOP-led bill from Sens. Josh Hawley of Missouri and Mike Braun of Indiana requiring the president to “declassify any and all information relating to potential links between the Wuhan Institute of Virology and the origin” of Covid.

It’s a big shift for Democrats, who were skeptical of the lab-leak theory and initially dismissed it as a talking point intended to distract from the Trump White House’s lackluster coronavirus response. At the time, top Trump administration officials were citing “enormous” evidence supporting the lab-leak theory, though they never produced that level of proof.

“We should pay attention to the origins story. But I think we should also recognize that there are a lot of people in this town who want to talk about that because they don’t want to talk about other things,” Sen. Chris Murphy (D-Conn.) said.