A key national security initiative, a bill aimed at boosting U.S. competition with China and easing the supply-chain backlog, has languished on Capitol Hill amid disagreements between the Senate and the House, even as both parties acknowledge the need to push back on Beijing’s economic and geopolitical ambitions.

Democrats in the Senate, where the bill passed overwhelmingly this past summer, are pressuring their House counterparts to act quickly on legislation with clear political benefits at a time when the president needs it most. They hope it would blunt criticisms from the right about rising prices stemming from supply-chain bottlenecks as well as help confront an increasingly aggressive Beijing.

Senate Intelligence Chair Mark Warner (D-Va.), who co-authored a provision in the China package that would boost semiconductor production in the U.S., argued that even passing that narrow portion as a stand-alone measure could pack a one-two punch.

“Boy oh boy, what an important national security matter, and also what a great time to put some points on the board,” Warner said in a brief interview, referring to the surprisingly competitive gubernatorial race in his home state.

Like the Senate-passed infrastructure package, some lawmakers believe that addressing the bipartisan desire to push back on China could make a difference in the Virginia contest, where legislative wins could boost Democratic nominee Terry McAuliffe.

“We passed it with such a big bipartisan margin right before the August recess. I thought the House would do it promptly,” said a frustrated Sen. Tim Kaine (D-Va.) of the competitiveness bill. “It would be good for the Democratic majorities and good for the White House.”

And the pressure is building. Just this week, a group of House moderates from both parties known as the Problem Solvers Caucus endorsed swift passage of the bill’s semiconductor portions to alleviate the global shortage of chips that power a wide range of devices and technological equipment.

The House has largely taken a piecemeal approach to the legislation, advancing separate provisions in different committees. That includes tens of billions of dollars in funding authorizations intended to spur scientific advancements and innovation to help U.S. companies better compete with China. But many House Republicans have objected to softened language in the bill, which was watered down after progressives objected to anti-China rhetoric in the Senate package.

The White House has arranged several meetings with the House Science Committee to accelerate the process, according to an official familiar with the outreach.

“They’re going too slowly, candidly,” Sen. Todd Young (R-Ind.), who led passage of the Senate bill, said of the House. “We’ve got a full plate as we approach year’s end. There’s a national-security imperative for us to stop messing around, to begin investing and innovating now, and to deal with this top-shelf national security threat.”

Young cited China’s recent test of a nuclear-capable hypersonic missile, a major technological advancement, as evidence that the U.S. was at risk of falling behind on scientific innovation.

“I think it would be easier to just get it to the president quickly,” echoed Sen. John Cornyn (R-Texas), who co-authored the chips provisions with Warner. “But this problem’s not getting any better and, as we’ve seen with all the supply-chain problems, this is one of our biggest vulnerabilities.” 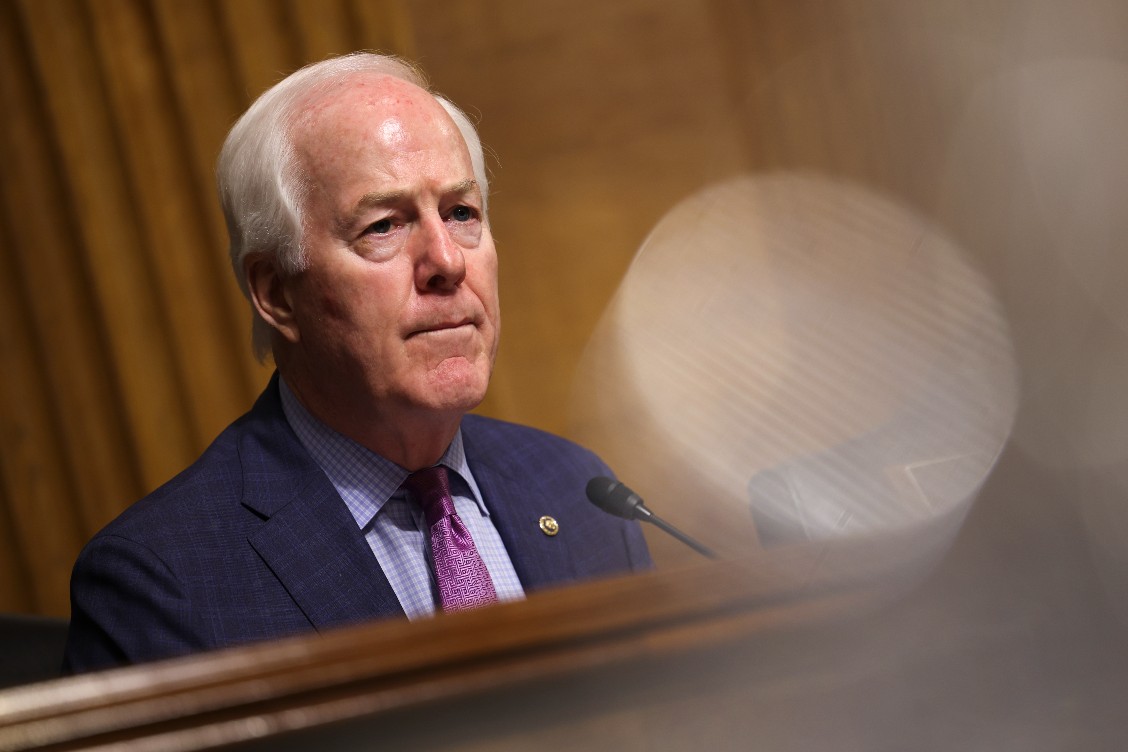 Despite those frustrations over the legislative process, Rep. Ro Khanna (D-Calif.), a leading sponsor of the larger effort in the House, said he was confident that Congress will send a bill to Biden’s desk before the end of the year. Young, for his part, said the White House has been “highly engaged.”

The behemoth Senate package, a longtime priority of Senate Majority Leader Chuck Schumer, passed the chamber in June with 68 votes. It authorizes more than $250 billion for research grants and aims to dramatically scale up semiconductor manufacturing in the U.S., while also prescribing long-term strategies to deal with China’s threats to U.S. national security.

If the House does not move on its package soon, the Senate could split up Schumer’s prized package. Lawmakers have weighed taking out the CHIPS Act, which would provide $52 billion in semiconductor manufacturing incentives, and adding it to the National Defense Authorization Act, an annual defense policy bill that should pass before the end of the year.

“I’m indifferent to the procedure. Whatever works to get it passed,” Khanna said. “But before we do any of that, we have to reconcile a couple of these differences and I’m confident that we’ll do it. It’s something that I’ve constantly brought up with the White House, the leadership — everyone wants this to pass.”

“There’s some urgency to that part,” Sen. Chris Van Hollen (D-Md.), the author of an intellectual property amendment in the Senate package, said of the semiconductor funding. “I don’t object to [CHIPS] moving on a faster track, so long as it doesn’t jeopardize the chances of the overall package.”

House trade leaders are still hopeful they can pass their legislation before the end of the year. But they have yet to decide how to deal with a host of broadly supported Senate provisions that aren’t yet in their version of the bill. Those include the reauthorization of three expired tariff exemption programs put in the Senate bill to prevent a GOP filibuster, as well as corporate-friendly changes to how Customs and Border Protection enforces trade blockades.

The Customs language was attached by Sen. Marco Rubio (R-Fla.) to prohibit imports from the Xinjiang region of China, a site of rampant forced labor conditions for the minority Uyghur population. Corporate interests delayed passage of the Uyghur bill for over a year before winning the Customs reforms, which include new guidance for companies navigating import bans. Those groups have pledged to oppose the entire China package on the House floor if the reforms are not included.

Rubio, meanwhile, didn’t rule out splitting off the whole Uyghur provision for passage in the annual defense authorization bill or another year-end measure if the China package doesn’t move.

“We’re going to look for any vehicle possible to get it done this Congress,” he said.